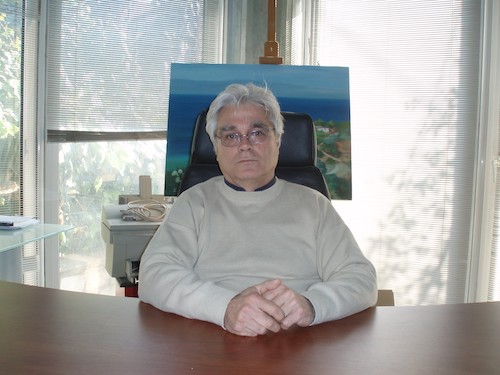 Dr. Yannis Flitris has obtained his Bachelor in Physics from Aristotle University of Thessaloniki in Greece and his M.Sc. and Ph.D. in France (D.E.A & DOCTORAT NOUVEAU REGIME in the subject: Energy Physics & Solar Energy Systems).
He had been employed in the National Centre of Scientific Research (CNRS) in Odeillo- France. He was one of the co-founders and President of the Future Technology Systems (FTS S.A.) (3 years). He had been posted as an expert advisor of the Prefecture of Magnesia (5 years) - he organised and established the Development Company of Magnesia ANEM S.A., acting also as general director. Afterwards, he founded Eredi Research & Development S.A., where he acts as President and CEO. He has also a long academic experience. He taught at University of Thessaly in Volos (Greece) (10 years), as a visiting As. Professor (teaching two courses “Physics” and “Solar Energy Systems”) initially in the Department of agriculture Crop Production and Rural Environment, School of Agricultural Sciences and follow in the Department of Industrial Mechanical Engineers, while managing and implementing a number of European research projects.